Siberian corydalis – a pearl among weeds 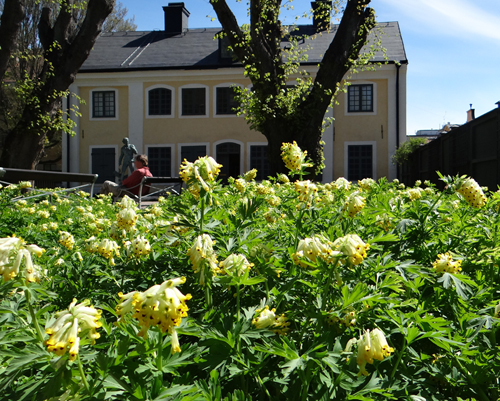 Ever since the time of Linnaeus, the Siberian corydalis, Corydalis nobilis, has been growing wild around Uppsala. The shiny black seeds have a fatty appendage that ants value as food for their larvae, and in this way the seeds are spread. Corydalis nobilis is native to southern Siberia, Kazakhstan and Xinjiang.

Linnaeus received a letter from Erik Laxman containing seeds that he thought were of bleeding heart, Lamprocapnos (formerly Dicentra) spectabilis. But although the seeds are similar, these proved to belong to a quite different and undescribed species. Linnaeus grew Siberian corydalis in the Linnaeus Garden and at Hammarby. Around 1st May, just in time for the beginning of the open season, it flowers beautifully inside the fence of the Linnaeus Garden.