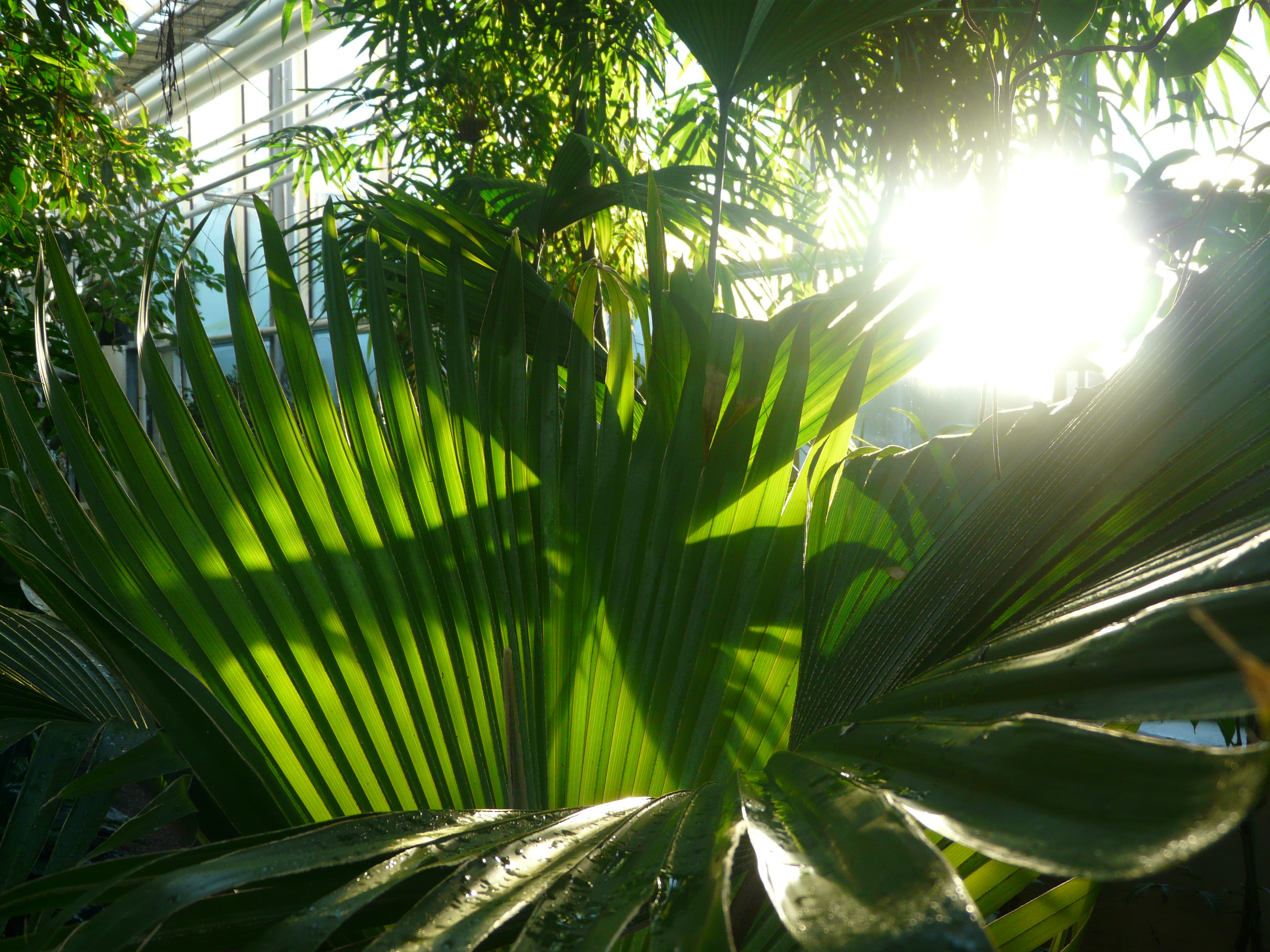 In a tropical rainforest there is great competition for space, nutrients, and light. Many plants are adapted to a life up in the trees. They are called epiphytes—plants that grow on other plants. Many orchids (the family Orchidaceae) and relatives to pineapple, bromeliads (Bromeliaceae), are epiphytes. The orchids have aerial roots that take up moist from the air and they often store water in their leaves or in swellings of their stems (pseudobulbs). The bromeliads collect rain water in large rosettes formed by their leaves. In these small ponds other plants and animals find a place to live.

Two fig trees distinguish themselves in here: the weeping fig (Ficus benjamina) by its size and the sacred fig (Ficus religiosa) by its history. The weeping fig is cut back each year to prevent it from growing through the ceiling. The sacred fig is the same genetic individual as the tree under which Siddhartha Gautama became “The Enlightened One”, Buddha, two and a half millennia ago.