Cultural history and botany in a beautiful setting 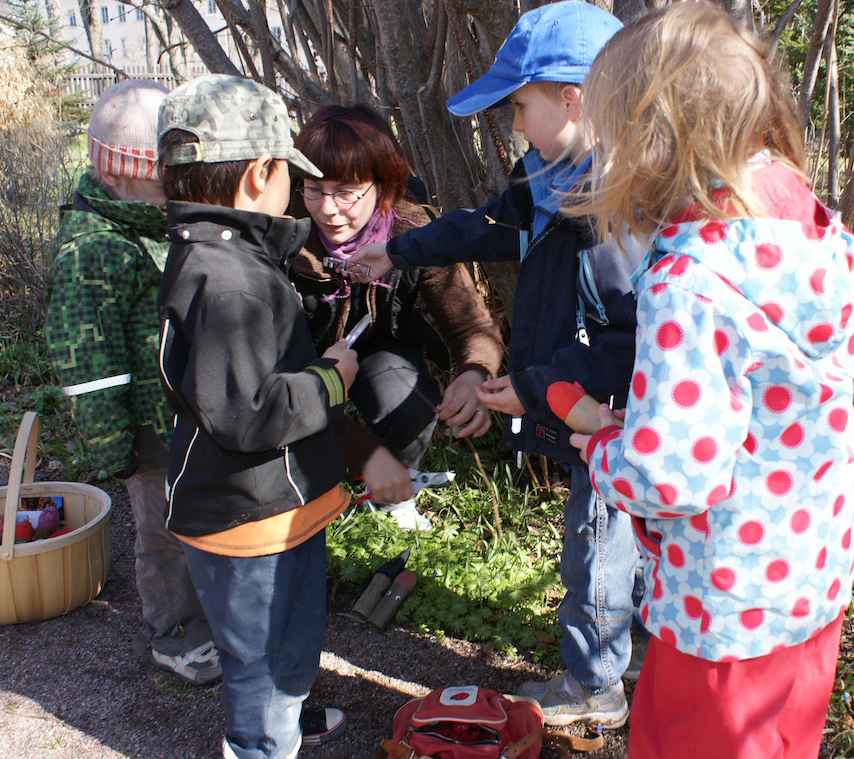 History of the garden

Friends of the garden

The Botanical Garden is one of Uppsala's most popular destinations. Here, you can enjoy the grandiose Baroque Garden, visit the 200 year old Orangery with its beautiful grand halls or find inspiration for home growing among rockery plants, vegetables, summer plants and in the systemic quarters of woody plants. The Tropical Greenhouse is home to Uppsala's only rainforest!

The Botanical Garden hosts shows, art exhibitions and other events. Visit the gardens to learn, find inspiration and enjoy the richness of the plant kingdom.

The Botanical Garden – a living museum

The Botanical Garden functions as a living plant museum. We grow more than 8,000 species from all parts of the plant kingdom, all types of environments and all corners of the world. Most are wild species, just as they appear in nature, but we also have large collection of both new and old cultivated plants. Barely half of the species come from climates that are considerably warmer than that of Sweden. They are grown in one of the gardens' greenhouses.

The gardens have origins as far back as the 1700s and are full of culture and history. In the grandiose Linnaeanum you will find the Orangery with figs, oranges, olive trees, laurustinus, the Linnaean laurel trees and many other exciting plants. In the summer, you can explore among shrubs, trees and flowerbeds in the Baroque Garden.

In the cold months of the year, the Tropical Greenhouse is a popular spot for the frozen Swede, longing for the humid heat and rich plant life of the tropics. Summertime is perfect for a cup of coffee or ice cream at Café Victoria. Aside from being a delightful destination for families and a source of inspiration for anyone with an interest in gardening, the Botanical Gardens are also an important resource for research and teaching.

The Botanical Garden was previously situated east of the Fyris river, where the Linnaeus Garden is today. The gardens' location close to the river led to many floodings. By the late 1700s, the gardens had also become overcrowded. Carl Peter Thunberg, an apostle of Linnaeus and successor, was able to convince Gustaf III of Sweden to donate the gardens of Uppsala Castle to the university in 1787, to be used as Botanical Garden.

By 1807, all of the plants had been moved to the new gardens opened on 21 May, 100 years after Linneaus' birth. The castle gardens were designed in the Baroque style by architect Carl Hårleman in the 1750s. The king also donated money for the construction of the Linnaeanum, the building which houses the Botanical Garden's Orangery.

Both the Baroque Garden and the Linnaeanum are listed property. According to Gustav III's deed of donation, the Baroque Garden must be kept in the same condition as when it was donated. An extensive restoration in accordance with Hårleman's original plans was carried out in 1974.

During the 19th and 20th centuries, the Botanical Gardens have been extended a number of times and new, more functional greenhouses have been added. The gardens' primary purpose is still to serve the research and academic communities. Over time, it has become ever more open to the public and taken on more purposes, such as the conservation of biodiversity. The gardens also function today as a living plant museum with more than 100,000 visitors each year.

We run and develop the Botanical Garden

The Botanical Garden is run by Uppsala University with economic contribution from Uppsala municipality. Together with Linnaeus’ Hammarby and the Linnaeus Garden it constitutes the Linnaean Gardens of Uppsala.

The Baroque Garden and Linneanum with the Orangery became listed historical buildings in 1935 and are administered by the National Property Board.

Work in our gardens
The Botanical Garden, the Linnaesu Garden and Linnaeus' Hammarby.
Support our work
Become a member supporting The Linnaean Gardens of Uppsala or adopt a tree in The Botanical Garden.
Last modified: 2021-09-13
Print