The wild tulip – a botanical heritage 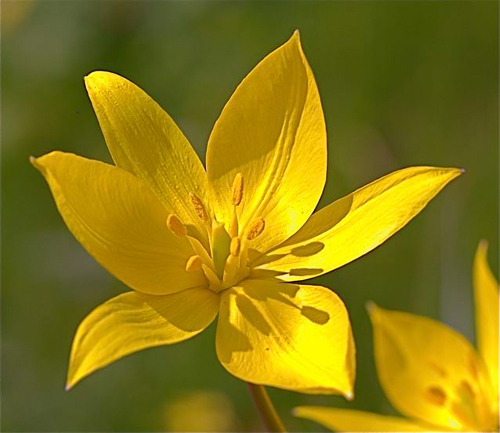 Olof Rudbeck the Elder grew the wild tulip (Tulipa sylvestris) in Sweden’s first botanic garden. Linnaeus described it almost a century later, and it is still growing in the Linnaeus Garden today. It is a rather shy-flowering species, but when the graceful flowers do appear they spread a delightful fragrance.

There are about a hundred species of tulips, but tens of thousands of cultivars. The majority of our garden tulips are assigned to Tulipa gesneriana, which is more a collection of hybrids than a true species. In Rudbeck’s botanic garden there were more than 40 varieties of tulips.