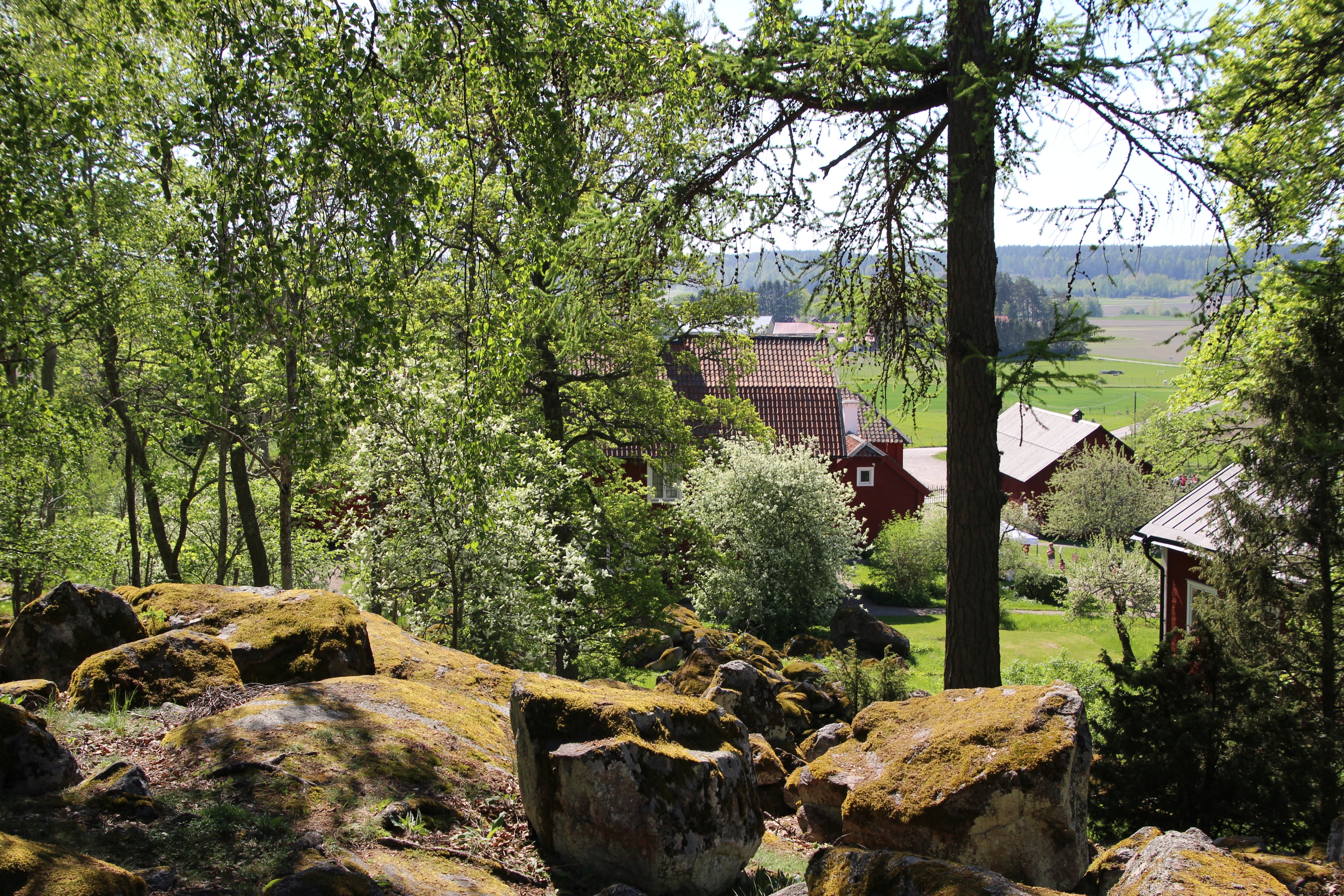 The name Hammarby is known from the 14th century and comes from the Swedish word hammar. In 1679, Olof Rudbeck the Elder explained the meaning of the word as follows: ‘A hammar is a rocky, wooded slope’. Hammarby thus takes its name from the steep, boulder-strewn hill that juts out like a headland on the flat plain.

The hill was within the boundaries of a Crown forest area where Linnaeus was allowed to graze his livestock. As a result, it was not as thickly wooded in the 18th century as it is now. Linnaeus chose the top of this hill as the site for his natural history museum. From there he had a magnificent view of the plain, and the museum could be seen from far around.