Welcome to the life of Linnaeus! 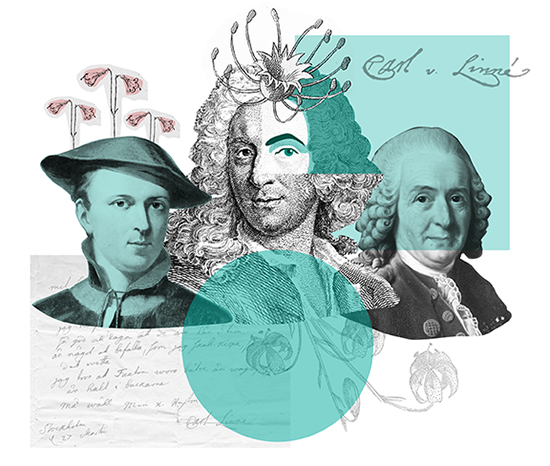 The Life of Linnaeus

Carolus Linnaeus - Carl von Linné - is the most well known inhabitant of Uppsala through the ages. What made him famous?

Did you know that Linnaeus kept monkeys in Uppsala? That he had a very well known thermometer made and thought that Eve offered Adam a banana in Paradise? Did you know that he courted his girlfriend dressed in a Sami costume?

Carl Linnaeus spent most of his life in Uppsala. Learn more about his life here.

Why is Linnaeus world-famous? 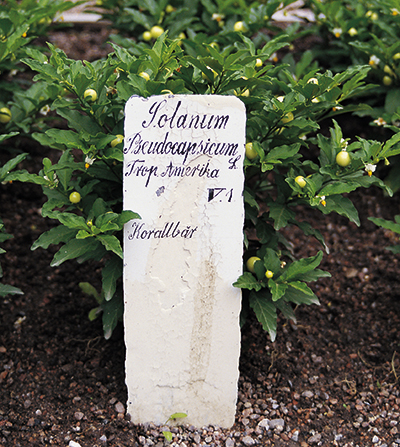 Linnaeus’ way of classifying Nature was so good that this system, called Systema naturae, came to be used all over the world.

He simplified the scientific nomenclature of plants and animals. This system, with two Latin names for every species of animal or plant, is still used the world over and simplifies communication between scientists, gardeners, birdwatchers etc.

Example: All the ornithologists of Europe know what a Parus major is. However a Danish birdlover may not know that what he calls a “musvit” is what the French call a “mésange charbonnière” and the English call a “great tit”. In Swedish it is “talgoxe”.

Linnaeus’ idea was that if we learn the scientific names we won’t need to know the names in other languages. Even in the same language there are often many dialectal names for the same species. In English the great tit is also called titmouse. In Latin there is only one name, Parus major. Thank you Professor Linnaeus!

A quick tour through the life of Linnaeus

Linnaeus or Linné - What was really his name? 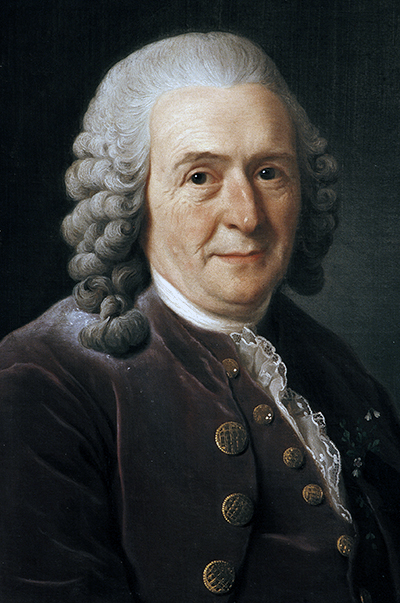 In Linnaeus’ day it was usual for a man who studied to become a clergyman to exchange his patronym for something more refined. The new surname could, for instance, be the name of his village or home farm in a Latin form. So what is the origin of the name Linnaeus/ Linné?

Well, two brothers of Linnaeus’ paternal grandmother took the name Tiliander when they, the sons of a farmer, studied to become clergymen. They were inspired by the mighty linden tree (Latin: Tilia) that stood on their father's farm in Vittaryd, Småland. So when Linnaeus’ father set out to study theology he followed his uncles' example, taking the name of the linden tree but in its Swedish form "lind" - Linnaeus. The old tree is still there today, though in poor condition.

When he became famous internationally he was still Carl Linnaeus and is therefore known in many countries by that name. In Sweden Carl von Linné, his name as a nobleman, is generally used.