Together with scientists like John Ray, William Derhamn, and William Paley, Linnaeus is one of the great thinkers in the physicotheological tradition. Nature was a key word and a sort of model during the 18th century. Nature was likened to a book in which God had written down messages, and just as one could read the Bible, one could also read the Book of Nature. Linnaeus was probably the foremost interpreter of his time in regard to the glorious plan of Creation.

The concept of the ‘economy of nature’ was used for the first time in the 17th century, then denoting basically how God governed his Creation—Nature. The notion that there existed an organised principle in nature, a perfect administration that meant that nothing was wanting and nothing was superfluous became a popular way of thinking during the 18th century. In treatises like Curiositas Naturalis 1748, Oeconomia Naturae 1749 (Husbandry of Nature), and Politia Naturae 1760 (Polity of Nature) Linnaeus developed ideas in this field that point forward to an ecological view. He wrote about the cycle of nature and the importance of mulching in nature, about how organisms had their place in nature, and that everything worked together like a perfect machine.

The notion of utility was an important component of Linnaeus’ view of nature. He was of the opinion that everything in nature was ultimately created with humans in mind. Whether it was something to eat, to build a house with, or merely to admire for its beauty, it was useful and created for humans. It was also the duty of humans to examine and utilize the riches of nature. This view has prompted the American historian Daniel Worster to include Linnaeus in the tradition of an ‘imperialistic’ view of nature, in other words, a view that has led us to exploit nature too much.

Linnaeus emphasized the hierarchy of nature. There was a sharp distinction between humans and nature. At the top in nature was the human being, whose duty was to make use of nature. To Linnaeus there was no oversoul that pervaded everything created, and he was opposed to old popular notions of natural beings, elves, etc.

Against this it can be pointed out that by including humans in his Systema Naturæ, as one animal among many, he saw humans as more equal with nature. If we also add the importance Linnaeus has had even in our thinking we should care about what plants or birds are called or how they live, we have to conclude that his influence on our view of nature has been exceedingly good. 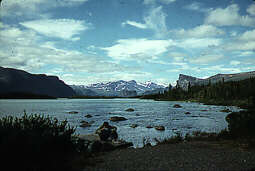