These days the clergy are not usually associated with science. Things were different in Linnaeus’ day. He himself was the son of clergyman, and he would turn to the clergy for help with scientific tasks and in disseminating his findings.

During the 18th and 19th centuries there were many clergymen who worked in the spirit of Linnaeus and did important work in botany and zoology.

To understand how clergymen could contribute to science, it is important to remember that in those days it was the clergy who served as teachers of the young. Add to this the fact that they were paid in natura, that is, instead of money they had a vicarage and its related property. Here clergymen cultivated the land and lived off its yield. In other words, clergymen were dependent on bringing in a good harvest, and in the 18th century great hopes were placed on improving yields by learning more about nature. The clergy thus had a great personal interest in keeping abreast of the latest discoveries in natural history. Another factor that made the study of natural history so popular was the powerful intellectual tradition called physicotheology, Faith in the Bible and Creation. By studying nature, one learned more about God; indeed, natural history research was even seen as a tribute to God. 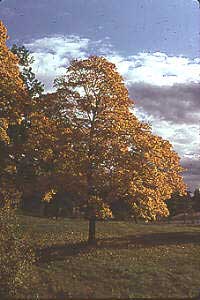 Linnaeus wanted mineralogy, botany, and zoology to be just as important as school subjects as history, metaphysics, and logic already were by tradition. If every student also learned the basics of physics and nature studies, the groundwork would be laid for the country’s economy. Linnaeus reasoned that most of those taking degrees became clergymen, and most of them spread out across the entire country. There they could then make observations and gather information from their parishioners.

Linnaeus thought that the clergy should encourage the study of nature and by dint of their office gather information: “The parishioner discovers everything for his minister.” The notion of utility is ever present, joined by the joy and pleasure of nature study, which ought to entice clergymen to perform studies of their own. “Then discoveries of the nature of Insects, Birds, and animals would be an innocent pastime for him on a Summer’s day in the glorious Countryside, when such things are also even more worthy of observation.”

In several places Linnaeus developed his thoughts about the importance of natural science to the economy. In the article “Thoughts on the basis of Oeconomy through Knowledge of Nature and Physics” he places economics ahead of all disciplines, since the welfare of humankind is based on it. Economics in turn is founded on physics and knowledge of nature, which should mean that these two disciplines should also rank high. Nature was given by God and exists for us, both for our sustenance and for our pleasure. “Here one sees animals running on the ground, Birds chirping in the air, Fish glittering in the water, Insects dazzling everywhere, in every way pleasing and serving us.”

These thoughts about the economy of the country inspired a long tradition of clergy zoologists and clergy botanists in Sweden. To be sure, Linnaeus was not the first person to rely on the clergy for gathering information about nature in Sweden. As early as 1694 Urban Hjärne had sent out a geological questionnaire to clergymen, county governors, and other figures of authority. A planned follow-up regarding flora and fauna was never sent. The objective was to chart Sweden’s natural resources and thus promote the country’s industries. But it is only with the efforts of Linnaeus that it is possible to speak of a true zoological and botanical clergyman tradition. The Linnaean tradition of prominent naturalists among the clergy survived well into the 19th century. It can even be said that they were the ones who carried on the Linnaean legacy and spread it to the general public.

Perhaps the foremost representative of this type of zoologists in the 18th century was Samuel Ödmann. He later came to have a major influence on education in divinity at Uppsala. From there several generations of clergymen with an interest in natural science went out to distant parts of the country. From the 19th century clergy zoologists like Carl Ulrik Ekström, Hans Daniel Wallengren, and Erik Tullius Hammargren should be named.

Thus, Linnaeus worked to gain for natural history the same status as the old traditional subjects in the schools. When there was a movement in the early 19th century to provide more biology in the curriculum, Linnaeus was a strong argument. Today biology has plenty of scope in school curricula, and this can partly be seen as a result of the Linnaean tradition transmitted by the clergy and by schoolteachers.