Linnaeus — his times, his view of nature, and a journey through the history of ideas 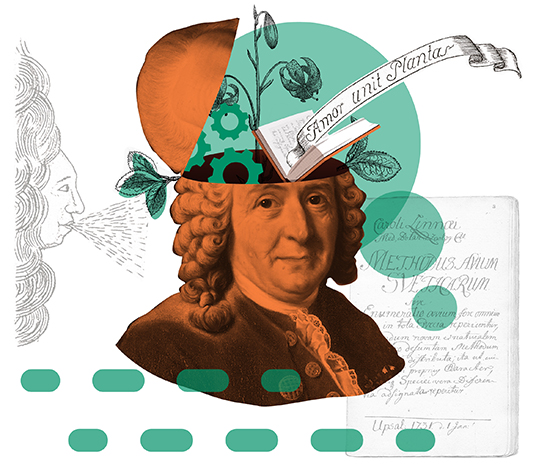 The history of ideas

During Linnaeus' time the idea of utility was important. What did Sweden look like then, which were the predominant ideas? The language of Linnaeus and what has been written about him tells us a lot about his time.

Hi, and welcome to the history of ideas trail!

The history of ideas is a broad form of history scholarship where we focus on ideas and knowledge. In the following you can read about Linnaeus from the vantage point of different perspectives in the history of science and ideas. 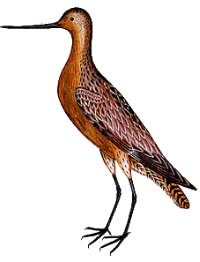 Some texts that we can say involve the history of science are about Linnaeus as a zoologist. Some other texts describe how society was conceived in Linnaeus’ day—thoughts that are part of what we historians of ideas call the ethos of the times.

There are also some texts that deal with how you can read poems about Linnaeus from the point of view of the history of science and ideas—in other words, you can think about what the poems tell us about the ideas that were in the air when they were written.

The Age of Liberty – Linnaeus’ day

The period 1719–1772 in Swedish history is usually called the Age of Liberty. In this context, the word ‘freedom’ means freedom from absolute monarchy. Common people hardly noticed the difference, except that they were relieved of the great burdens brought about by the protracted wars. See further Linnaeus’ Sweden.

When Charles XII was killed at Fredrikshald, Norway, in 1718, there was no heir apparent, but in January the following year his younger sister Ulrika Eleonora was made regent. After only a year, however, she abdicated in favour of her husband Fredrik I. The weakness of the monarchy enabled the parliament—the four estates—to severely constrain the power of the regent. The king was not allowed to travel abroad without the consent of the estates, for example.

The government of Sweden during this period was called the council, and it answered to the parliament. To be sure, the king was the chair, but he lacked a majority of his own. The chancellery president, the equivalent of today’s prime minister and foremost among the council members, had at least as much power.

It is usually said, with some degree of accuracy, that the modern Swedish party system took shape during the Age of Liberty. Two parties, the Hats and the Caps, competed for power. Initially the Caps ruled, under the leadership of Chancellery President Arvid Horn, but in 1738 the Hats assumed power. The Hats—who advocated a more offensive foreign policy toward Russia and a strongly mercantilist economic policy—stayed in power until 1765. Toward the end of the Age of Liberty, power shifted hands more often.

To start with, the monarchy accepted its subordinate role, but in 1756 the new king Adolf Frederick and his queen Lovisa Ulrika attempted a coup d’état, which was thwarted. Seven coup conspirators were executed, and the influence of the monarchy was further diminished.

Adolf Frederick had to accept that the estates used a stamp with his signature to sign documents, so limited was his authority.

However, the growing conflicts between the parties in the late 1760s made more and more people place their hope in the monarchy as a unifying force. After a few months of planning, the new king, Gustav III carried out a bloodless revolution that spelled the end of the Age of Liberty. The year was 1772. In the royal propaganda the party system was blamed for splitting the nation and for not successfully dealing with poor crops and hunger. This ushered in a new period of Swedish history, the Gustavian Era. The climate for public debate changed, the freedom of expression charter that had been established in 1766 was curtailed, and Swedish natural history, which had blossomed during the Age of Liberty, now declined.

History’s picture of the Age of Liberty has not been univocal. Some, especially older, scholars have emphasized the fact that party strife splintered the country and that the parties were incapable of coping with the country’s problems. Others have claimed that the form of parliamentary government in existence then was a precursor of modern Swedish democracy.

The notion of utility

It is difficult to do justice to a historical era when trying to sum it up in a single word, but if a term had to be applied to the Age of Liberty, it would have to be ‘utility.’ The notion of utility permeated the economic and scientific debates of the 18th century. It was seen as a matter of the greatest urgency to have new theories applied in practical action. Linnaeus was not the only one who asked: “Cui bono?” (“To what good?”).

This ideology of utility powered the rapid developments in Swedish natural science. It was hoped, of course, that the new technological, mathematic, and mechanical knowledge would help build up manufactures, the simple industries of the day, which was a project especially dear to the Hat Party. See Mercantilismen, The Age of Liberty – Linnaeus’ day. A major forum for utilitarian thinking was the Royal Academy of Sciences, founded in 1739. Later on the Patriotic Society was formed (Patriotiska sällskapet, 1766), with a similar purpose.

What characterised utilitarian thinking was that no distinction was made between things great or small, everything was equally important. People spoke about public husbandry and private husbandry, meaning the economy of the nation and that of individuals, respectively. Both were important since the economic progress of individual farmers and craftsmen in the aggregate also improved the welfare of the nation. Husbandry was a word that was used in the 18th century as a synonym for economy, the Greek word with the same meaning.

In the service of agriculture

The Sweden of the Age of Liberty was an agrarian country. Agriculture constituted the completely dominant economic pursuit, which helps explain that Swedish ‘mercantilism’ put forward not only the importance of manufacturing but also agriculture.

An extremely clear connection can be seen between agriculture and the utilitarian thinking of the 18th century. Since agriculture was of crucial importance to the welfare of the country, natural scientists left no stone unturned in their search for new methods to increase its yields. Agriculture could be likened to applied natural science.

This spirit informed the work of the Royal Academy of Sciences, but also other associations like the Patriotic Society (founded in 1766).

In France around 1760 a school of thought emerged that is usually called ‘physiocratic,’ and whose foremost proponent was named Francois Quesnay. The physiocrats thought that agriculture was the only industry that produced a net surplus. Furthermore, they viewed nature as a law-bound system with which humans should not meddle unless it was absolutely necessary. The state should not hamper agriculture and trade by creating restrictions, which were central to the thinking of mercantilism. Physiocratic economic theory had very little impact on Sweden, however, even though several physiocratic thoughts—an emphasis on education and an interest in China, for instance—were very popular here.

Though economic factors were crucial for the interest in agriculture, there were other factors as well. For example, Rousseau’s view that humans should go back to the happy state of nature was a thought that became popular in Sweden as well, starting in the 1760s. Moreover, in the spirit of Geaticism one could maintain that the Swedes of primeval times, the Geats, pursued a well-developed form of agriculture. In this way, ancient Geatish farming became a model to emulate; the Geats had proven what potential agrarian Sweden had.