Uppsala University was Sweden's first university. It was founded in 1477. Euclid's Elements was used in teaching from the very beginning. Astronomy was taught as well, but it was based on Ptolemy's (c. 150 A.D.) teachings about planets rotating around a fixed earth. Not much had changed since 1700. Very little of the new mathematics from the 17th century was being taught. However, something was known about decimals, logarithms, and trigonometry. Euclid's Elements was still the most important source of knowledge. There was beginning to be some doubt about Ptolemy's teachings. But Newton had not yet been fully accepted.

The 18th century's first mathematics professors at Uppsala University were Per Elvius, Harald Vallerius, and Johann Vallerius. Their most important textbooks were the four gigantic volumes by Milliet Dechales, Cursus seu Mundus Mathematicus, which contained all one needed to know about mathematics. They did not own the books themselves. They were borrowed from Uppsala University Library.

The most important Swedish mathematician of the 18th century was Samuel Klingenstierna. He was the first Swede to truly understand the new ”infinitesimal” mathematics. During his travels abroad 1727–1730 he also became known outside the borders of Sweden. The person in Sweden who inspired him to read the ”right” books was Anders Gabriel Duhre. Several of Klingenstierna's students also became recognized mathematicians. 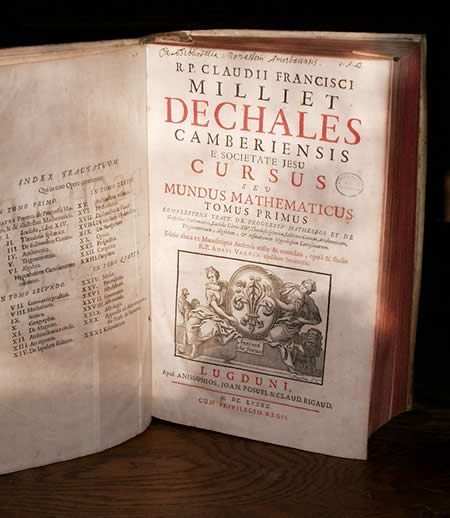