Matematics in the 18th century

Many new matematic theories evolved during the 1600s and 1700s. Who were the most prominent mathematician in Uppsala at the time of Linnaeus?
Author Staffan Rodhe. Translation Donald MacQueen 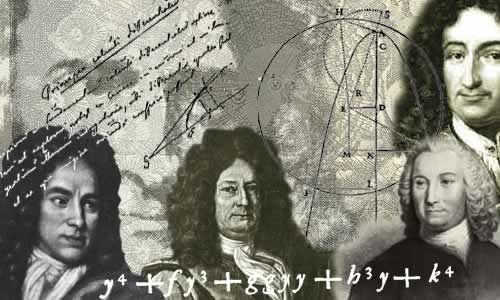 The 17th and 18th centuries saw the advent of a new mathematics that was to revolutionize our view of the world. Linnaeus probably had no knowledge of this mathematics, but his logical classification of plants, animals, and stones in a systematic order came at a time when other theoreticians were attempting to bring order to astronomy, mechanics, and optics, for example.

By knowing how to express geometric curves using algebraic expressions, mathematicians determined the orbits of planets, calculated curve lengths and areas, and demonstrated theoretically how a perfect lens could be crafted.

Learn more about The infinitely small: Newton and Leibniz, about Mathematics in Uppsala during the 18th century, and about Samuel Klingenstierna the accomplished practitioner of infinitesimal calculus in Sweden .

Algebra was used when describing the world

By knowing how to express geometric curves using algebraic expressions, mathematicians determined the orbits of planets, calculated curve lengths and areas, and demonstrated theoretically how a perfect lens could be crafted. The founders of this new mathematics were numerous, but the primary 17th-century figures were Newton and Leibniz. They developed infinitesimal calculus, a theory about how to count using infinitely small quantities, so-called infinitesimals.

The first and most accomplished practitioner of infinitesimal calculus in Sweden during the 18th century was Samuel Klingenstierna.

Mathematics past and present

In the early 18th century a struggle was still going on between the old and the new mathematicians. There was algebra, there was geometry and arithmetic. Many mathematicians fully believed that the ancient Greek mathematicians had kept their knowledge of algebra secret, that is, that they had used algebra to demonstrate the geometric theorems that we find in Euclid's Elementa, the most important of the classic works. The algebra we recognize today was devised in the 17thcentury by Descartes. There were precursors, especially during the 16th century, but in 4th-century B.C. Greece there was no algebra.

When mathematics was taught at universities, including Uppsala, around 1700 it comprised much more than algebra, geometry, and arithmetic. It covered applications for the science of fortification, astronomy, optics, mechanics, geography, and even pyrotechnics. On the other hand, it was extremely rare for Newton's and Leibniz' theories to be taught. Nor were they understood.

Follow the advancements in mathematics from Euclid to Euler:

Reading tips and thanks

The following books and articles can be recommended for further reading about Swedish mathematics before and during the 18th century:

Many THANKS to the staff at Uppsala University Library, the Royal Library in Stockholm, and Institut Mittag-Leffler, who have been extremely helpful in retrieving and copying both printed works and manuscripts used in Mathematics in the Time of Linnaeus on Linnaeus on line.