Linnaeus as a Physician 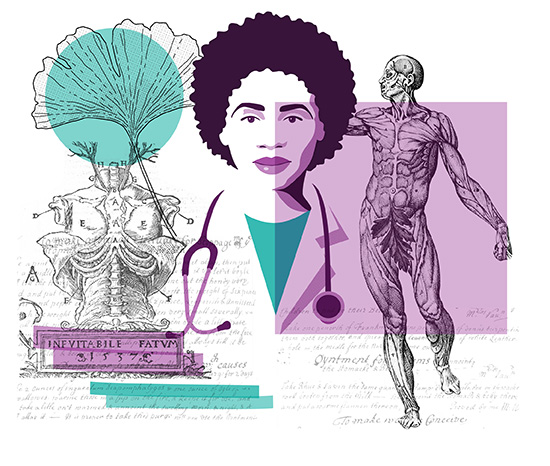 Linnaeus as a physician

Central to Linnaeus' significance to medical science is how to make use of nature (Oeconomia naturae), and consequently also abuse it (e.g. intoxicants).

Linnaeus’ contributions as a physician have to do with how we work as physicians and researchers. Linnaeus teaches that the art of successful doctoring requires a capacity to observe, the eternal question of cause and effect, meticulously gathering observations, and placing them in a systematic classification. It was hardly as a medical practitioner that Linnaeus made such a great impact, even though his work was no doubt highly appreciated in his day. It was his insights into the diversity and the interplay among the resources that nature offers us. How these can be used (Oeconomia naturae) – and for that matter also abused (intoxicating substances, for example) – is central to Linnaeus’ impact on medical science.

Linnaeus’ Importance to the Art and Science of Medicine

Health Care in the 18th Century

In an age of such advanced health and medical care as the reader lives in, it might be easy to forget what the situation was 250–300 years ago. In those days there were no vaccines or antibiotics for contagious diseases. There were no X-ray, much less magnetic-camera, examinations or analyses of blood chemistry to assist physicians in their diagnoses. Medicines were primitive. They involved extracts from plant parts that contained a number of active substances, some of which could have the impact intended, while others might have troublesome side effects. It was also difficult to find the right dosage, as the content of active compounds varied. The knowledge of what caused diseases and how medicines worked was poor. Regarding hygiene and health care there were rules that were based on tradition and custom rather than on medical knowledge. This was not least true when it came to dealing with contagion via water, sewage, and latrines. This was against this background that Linnaeus worked as a physician.

Linnaeus – Seen from Our Day

From one age to the next, new discoveries are added to earlier ones. Improved technology and methodology sometimes leads to a realization that what was previously seen as correct is partly or completely wrong. But even convincing facts sometimes encounter a certain resistance against abandoning earlier notions or a lack of any will to change in accordance with what new knowledge tells us.

Linnaeus gathers facts and arranges them systematically. In this way, knowledge can be made more accessible. He also formulates assumptions and draws conclusions. His religious roots influence this. He has a poetic, lyrical way of writing. It sometimes borders on the occult. At the same time the tone is authoritarian: like a sermon from the pulpit.  The mixture of theology and science can occasionally be incongruous. Linnaeus often refers to the Creator but nevertheless describes the development of nature in a way that leaves little scope for the biblical story of creation.

In the introduction, mention was made of the writings of Hippocrates. Hippocrates formulated the guidelines for the work of the physician – to prevent, cure, relieve, and console. They still apply today. In his writings we also find themes about human health in relation to air, food, beverages, movement, and rest. Linnaeus’ works on dietetics are clearly related to these premises and rules. He combines the aphorisms (words of wisdom) of the ancients with the budding empirical science of the Age of Enlightenment. What is lasting in Linnaeus’ contributions to medical and pharmaceutical science is not the details but a holistic view of the role and work of the physician. His conclusions about specifics are often more like attempts at explanations than facts. “Sami women drink frog spawn and are long plagued by croaking frogs in their stomachs.” He has an excellent description of the course of scurvy, for example, and how the disease is moderated by having the patient eat barberries. Today we know that scurvy is caused by a deficiency of vitamin C. Linnaeus did not know that barberries contain vitamin C. He claimed that scurvy is cause by salt and sitting still, so the patient cannot sweat.

Linnaeus’ contributions to the field of medicine have to do with how we should work as physicians and researchers. Linnaeus teaches us that wise doctoring requires the capacity to observe, the eternal question of cause and effect, the meticulous gathering of observations, and placing them in a systematic classification. It is hardly as a practitioner that Linnaeus made such an impact, even though his work was no doubt appreciated in his day. It is the insight into the diversity and the interplay that takes place in the resources we have in nature. How this can be used (Oeconomia naturae) and for that matter also abused (in intoxicating substances, for example) is central to the importance of Linnaeus to medical science.

Linnaeus did not merely contribute to the art and science of medicine through his findings; he also opened our minds to concepts that are still living and relevant, such as diversity, the danger of disrupting the ecological system, the responsibility of the university to disseminate its findings (The Third Mission), and the importance of the role of the teacher as exemplar and enthusiast.