The English microbiologist Alexander Fleming noted in 1928 that bacteria cultures which had been attacked by a mould, Penicillium notatum Westl., were free of bacteria around the mould. Two English chemists, Howard Florey and Ernst Boris Chain, were then able to isolate a chemical substance that had the effect of killing bacteria. They called it penicillin.

It was now possible to cure bacterial infections that had previously been impossible to cure. In the first years however the supply was very limited and therefore during the second World War only the armed forces were treated with penicillin.

Improvements in growing penicillin cultures meant that supplies could be increased and soon even civilians with bacterial infections could be treated. It was a great discovery for which Fleming, Florey and Chain received the Nobel Prize in 1945.

However, even Swedes can take some of the credit of this discovery as a Swedish professor in pharmacognosy, Richard Westling was the first to describe the mould in botanical terms in 1911. This explains the “Westl.” at the end of the scientific name. He is even said to have observed the bacteria free zone around the mould as early as 1907 but did not publish his findings.

Bacteria can get used to products such as penicillin if they survive a course of treatment. They develop resistance. This is why it is vital that new variants of antibiotics – bactericidal products – are developed continually. Since the discovery of penicillin, more than 6,000 similar substances found in nature, have been isolated. Around 100 of these are being used within medicine worldwide today. However, bacteria are still developing resistance to antibiotics, including multi-resistant bacteria – i.e., bacteria that are capable of surviving different forms of antibiotics.

When using antibiotics against a bacterial infection, one feels much better after a few days since the bacteria are weakened and their numbers reduced. However, they are not yet defeated. It takes several more days of treatment before the bacteria disappear completely. If the treatment is stopped too early, the bacteria will increase numerically again, but this time possibly in a form that may be resistant to the drug being used. That is why it is vital to complete a course of treatment of penicillin or other antibiotic cure so that the bacteria really do die.

Mould fungi and microfungi have also contributed other substances which have been developed into drugs, for instance for reducing blood pressure. A microfungus from the Norwegian mountains has contributed with a substance, cyclosporine, which inhibits the defences of the body’s immune system. This makes it useful with illnesses where the body has lost control over its immune defences, which results in the immune defence system turning against its own body rather than against the intruder. Substances like these are also good in the case of transplantations since they can stop the body rejecting the new organ.

A willow for a headache

Another example of the importance of medicinal plants for medicine is the story of acetylsalicylic acid which is also known as aspirin. Here,  two plants played major roles in its development. Both have been used for thousands of years, since long before chemical substances were isolated from them. The two main role players were the white willow, Salix alba and meadowsweet, Filipendula ulmaria. A substance was successfully isolated from willow bark in 1830 and since the generic name for willows in Latin is Salix, it was named salicin. Eight years later it was discovered that it was a glycoside, i.e., it consisted of one part sugar and one part aglycon. The aglycon could be oxidised into an acid, which was called salicylic acid. Similar substances were also found in other plants, e.g., meadowsweet. The substance from meadowsweet was named spirin since the plant’s scientific name at that time was Spiraea ulmaria.

In 1876 it was discovered that salicylic acid was effective against rheumatic pain. A common side effect was stomach problems. A German chemist, Felix Hoffman, whose father suffered from both rheumatic pain and stomach problems which were associated with the salicylic acid, started to experiment. In 1897 he modified the substance chemically to acetylsalicylic acid whereupon his father’s stomach problems were eased. At the pharmaceutical company where Hoffman was employed, they tested the substance on animals and this is thought to be the first time that animal trials were used in the pharmaceutical industry. Later, when tests were carried out on human beings, they found that the substance was not only effective against rheumatic pain but also other kinds of pains, e.g., headaches. When it was time to launch the substance on the market they needed a good name for it. Aspirin was chosen. “A” from acetyl and spirin from spiraea.

Acetylsalicylic acid is one of today’s most common medicines against pain. In many products, the substance is combined with caffeine, which is another well-known plant substance. Caffeine has been refined from coffee since 1820. In recent years there has emerged an alternative use for acetylsalicylic acid. It is known to be an anticoagulant and, in low doses, it prevents blood clots. 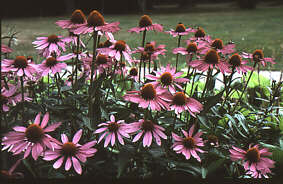